We do not yet know when Louise Herreshoff began to paint with watercolors. Her teacher Mary C. Wheeler had used them when painting abroad and it is possible that her students followed suit. It was a favorite medium for plein air painters because of its easy portability and fast drying qualities.

While watercolors had been used for centuries, they became very popular in the 18th century, epitomized in the work of English artist J. M. W. Turner (1751–1851). In the late 19th century, John Singer Sargent (1856–1925) and Winslow Homer (1836–1910) were among the leading American artists to use the medium. Homer made his first watercolors on Cape Ann in summer 1873. In 1896, Rhode Island artist H. Anthony Dyer, probably Louise’s relative, was one of the founding members of the Providence Water Color Club, which, along with the Providence Art Club, mounted exhibitions throughout the year. Louise and her aunts assuredly attended those exhibitions, with Herreshoff absorbing information and ideas. She would not, however, exhibit with the Providence Water Color Club until the 1920s. 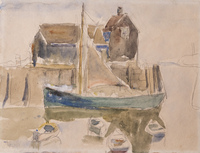 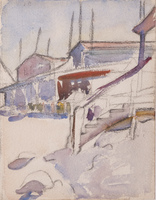 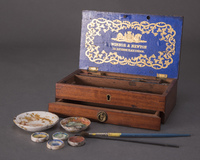