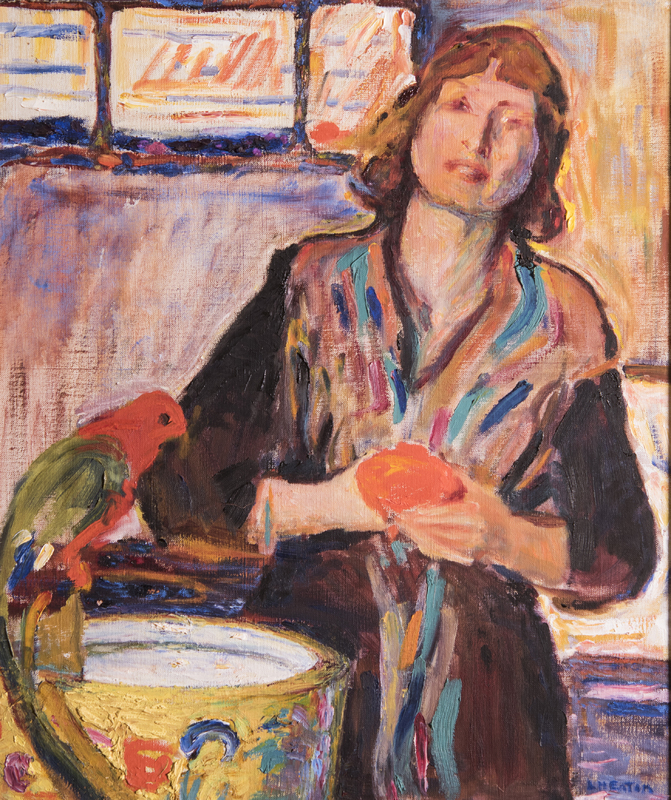 Louise Chamberlain Herreshoff Eaton Reeves (1876-1967), along with her second husband Euchlin Reeves ’27L, is familiar to the W&L community as the donor of a notable collection that forms the basis of what is now the Reeves Museum of Ceramics. Thanks to that gift, Herreshoff is also known for her brightly colored paintings that accompanied the ceramics.

This exhibition offers fresh and focused access to a selection of Herreshoff’s paintings and begins to examine the artist in her cultural context. She is a prime example of late 19th- and early 20th-century upper-class women who were able to study art abroad in an environment that was more costly, but far more supportive, than anything available at the time to women in the United States. Her paintings were accepted several times into the Paris Salon and were hung in quality venues in and around New York and Rhode Island during the 30-plus years of her creative production. In Providence, Rhode Island, and on Cape Ann, Massachusetts, she shared exhibition space with well-known artists such as Frederick Childe Hassam and Maurice Prendergast. When in Gloucester, she may have painted in the company of Cecilia Beaux, John Sloan, Stuart Davis, Milton Avery and Jane Peterson. Herreshoff incorporates into her paintings an understanding and exploration of contemporary art movements, including impressionism, post-impressionism and fauvism.

Louise Herreshoff worked and exhibited during a pivotal, vigorous and transitional moment in American art. These watercolors, which represent a quarter of her known work, testify to her talent and invite us to examine and enjoy her paintings anew.