For well over 100 years, a variety of portraits hung in the Lee Chapel auditorium. It was Washington and Lee University’s first “painting gallery,” created in 1875 at the direction of the institution’s Board of Trustees upon receipt of a bequest from Dr. William Newton Mercer of New Orleans. The bequest included a group of six portraits, including a ca. 1810 painting of George Washington (Athenaeum version) by Gilbert Stuart. The Board immediately requested portraits from the university’s major donors, including William W. Corcoran, and added them to the painting gallery. 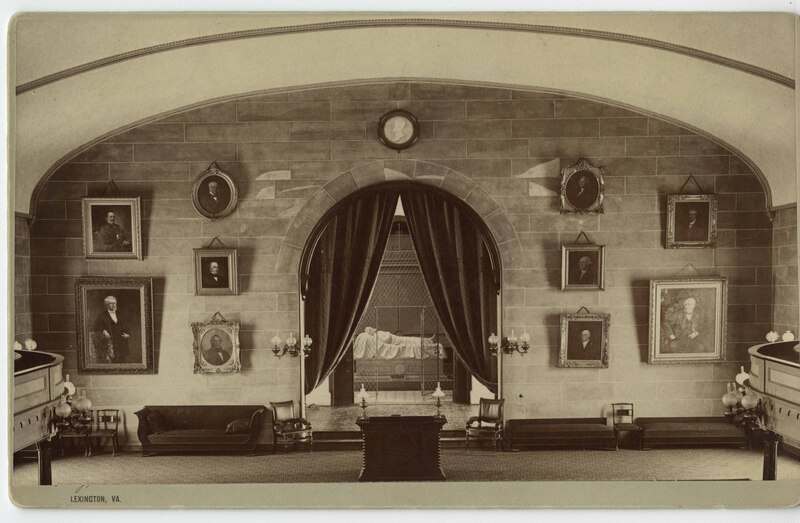 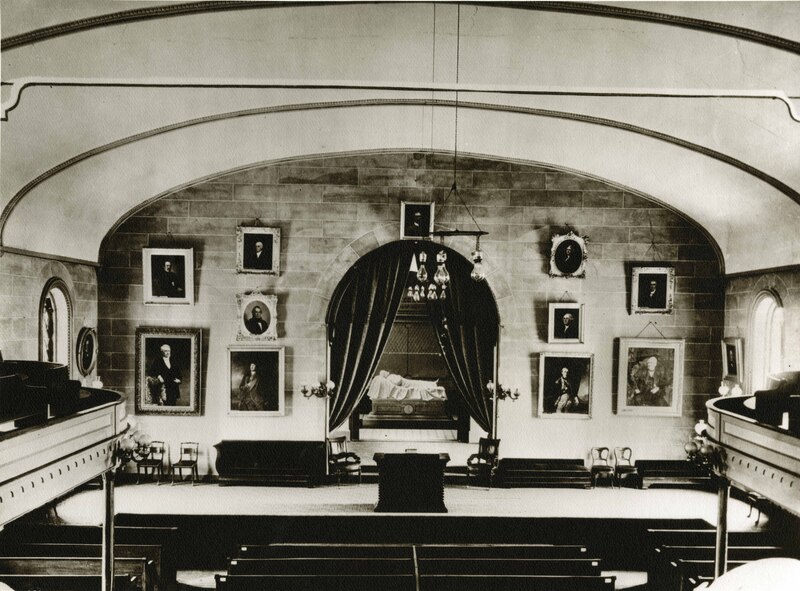 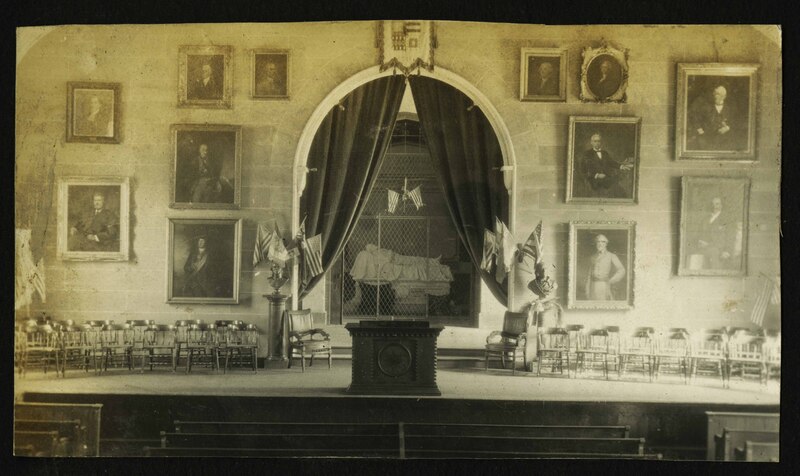 In 1907, the university purchased a posthumous portrait of General Robert E. Lee by Theodore Pine and it was added to the painting gallery sometime later. By the time this photograph was taken, the gallery included as many as 18 portraits of historical figures, major donors, and several university presidents. Portraits were constantly rearranged and added to. A snapshot pasted in a scrapbook in the W&L Special Collections Library documents the first time that we have found the Pine portrait photographed. This snapshot may have been taken when General John J. Pershing visited Lexington in June 1920, when he was received at W&L “with great ceremony.” 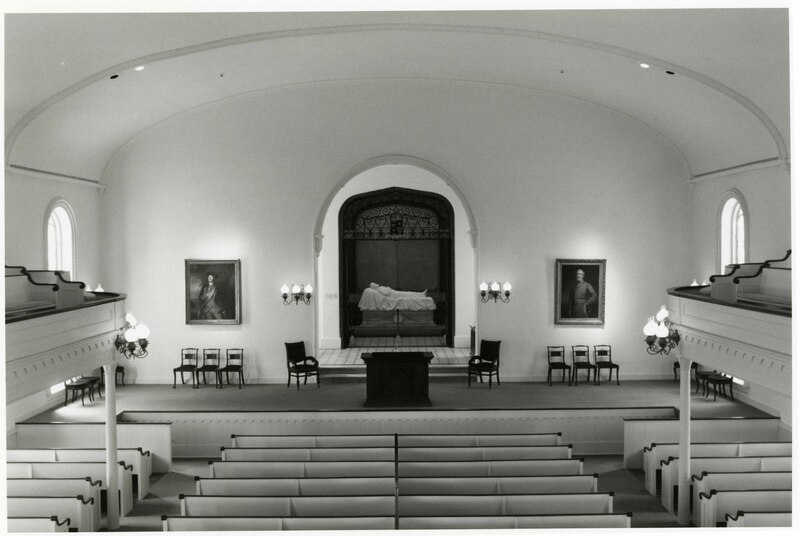 The “painting gallery” continued to be on display in the Lee Chapel auditorium until the early 1960s, during which time the walls were repainted several times. In 1962, however, all the portraits were removed and put into storage when Lee Chapel underwent restoration, funded by the Ford Foundation Corporation. After completion of the work in 1963, only two paintings were returned to the modernized auditorium: the portraits of Lee by Pine and Washington by Peale.

After fifty-five years, the university replaced those paintings with portraits that portray its namesakes at the time when they made their respective contributions to the institution: the Athenaeum version of President George Washington’s portrait by Gilbert Stuart, painted first in 1796 when Washington gave shares of James River canal stock to Liberty Hall Academy (on loan from the Mount Vernon Ladies Association), and a portrait in the Museums’ collection of Robert E. Lee painted by J. Reid in 1866 during his first year as Washington College president. The Peale portrait  of Washington is currently on loan to Mount Vernon and will return to W&L to be displayed in the future museum of institutional history. Once that facility is complete, both of these iconic portraits will be placed into a broader historical context.