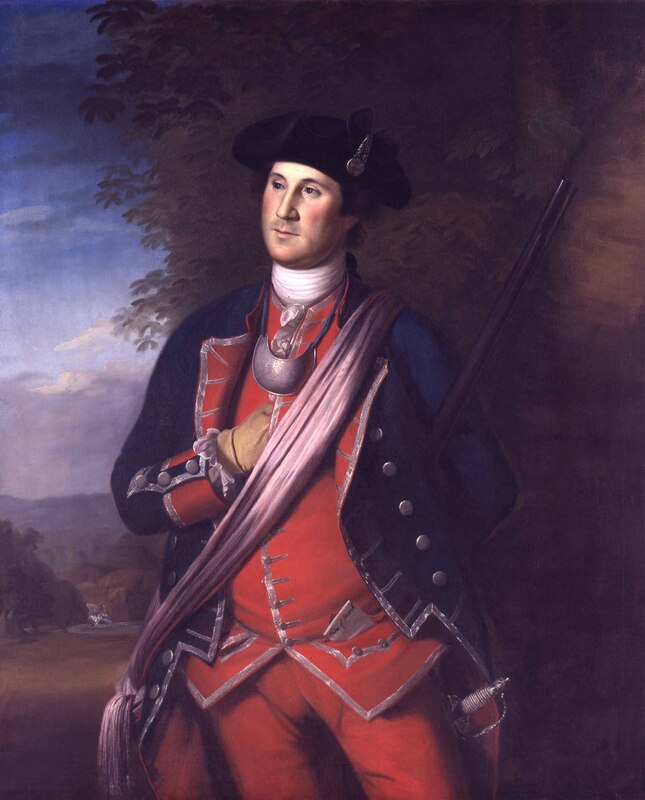 George Washington as Colonel in the Virginia Regiment, 1772

After twelve years of marriage, Martha Washington commissioned noted artist Charles Willson Peale in 1772 to paint her husband’s portrait. The first life portrait for which George Washington sat, visitors would see it in the Front Parlor of Mount Vernon along with two portraits painted in 1757 by John Wollaston of Martha and of her children. Costing 18 pounds, 4 shillings, Washington’s portrait is full of references and symbols related to both his Colonial past and pre-Revolutionary present. It was the first of many that Peale would paint of the future president. 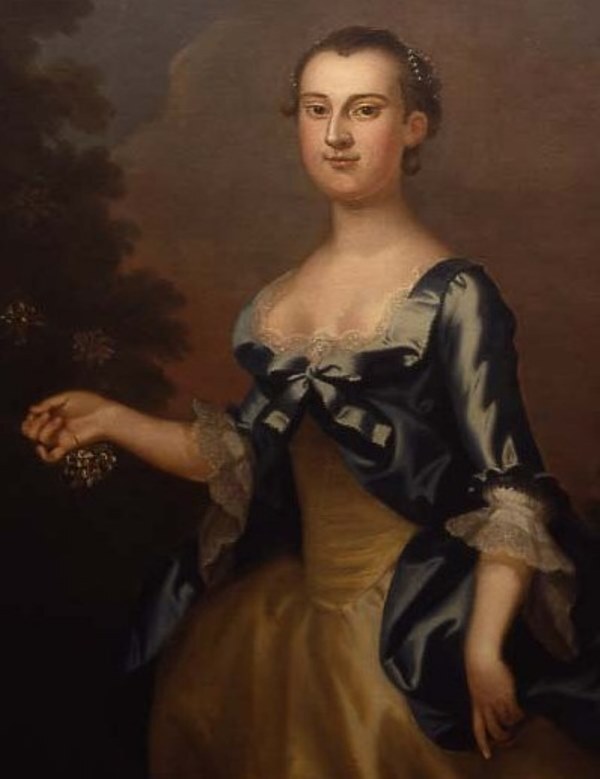 Destined to be the nation’s first First Lady, Martha Dandridge (1731-1802) was the oldest child of Frances and John Dandridge, a moderately successful and well-respected planter who owned 500 acres and about twenty slaves in New Kent County west of Williamsburg. At the age of 19, Martha married Daniel Parke Custis, a wealthy plantation owner and vestryman at her church. They lived with their children in both Williamsburg and at Custis’ White House Plantation along the Pamunkey River. When Custis died in 1757, Martha became a very wealthy widow, which led to her introduction and marriage to George Washington, as well as to another figurative “White House.”

This is the only known portrait of Martha as a young woman, painted when she was 26. It was commissioned from the English artist John Wollaston (1710-1775) as one of a group of three family portraits. Wollaston, who was trained as a drapery painter, introduced the British rococo portrait style to the colonies with rich fabrics and elegant poses based on British mezzotints. For the three Custis portraits Wollaston received fifty-six pistoles, a Spanish gold coin that was common coin in Virginia until the 1760s. The paintings of Martha and her children hung in the front parlor of Mount Vernon. Colonial portraits were commissioned and amassed as family groups that spanned generations. Portraits of ancestors hung in plantation homes and provided historical legitimization of family status. 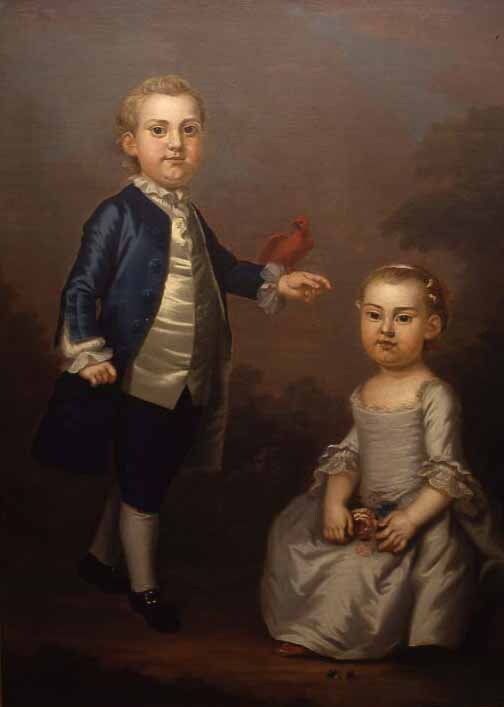 Life for children in the 18th century, and in centuries before, was often short. Martha and Daniel Parke Custis lost their first-born son at the age of three, and their second child, just days before she turned four. In 1757, when this portrait was painted, Jacky Custis was three years old and his sister Patsy was just a year. No more than toddlers, here they look like miniature adults. The portrait actually continues a long-established tradition among the aristocracy of paintings in which boys were depicted as future leaders and girls as future mothers. By the late 18th century, the Enlightenment changed attitudes toward children and transformed aesthetics of portraits. It is interesting to compare this portrait of John Parke Custis with that of his son George Washington Parke Custis painted just over 25 years later.