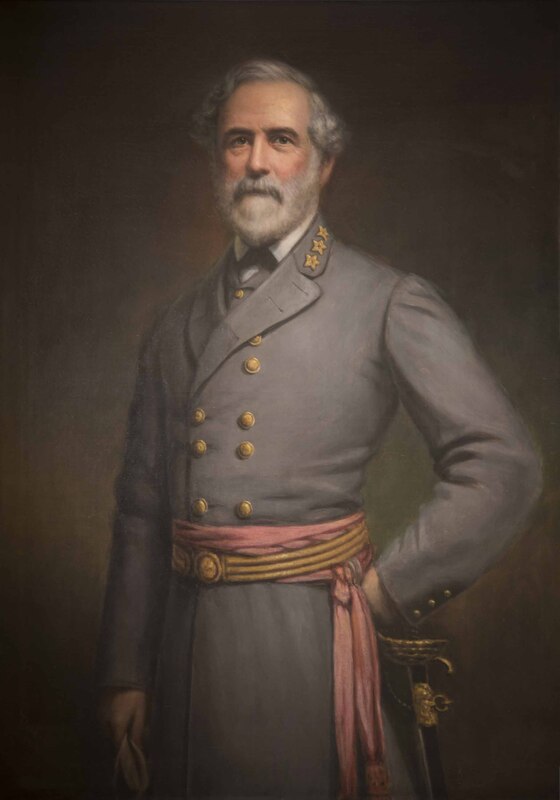 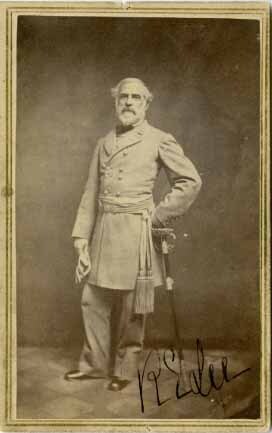 Artist Theodore Pine (1828–1905) painted this posthumous portrait in 1904 based a full-length photograph of Lee taken by Julian Vannerson in 1864. It is one of at least two copies that the artist made.

A New Jersey native, Theodore E. Pine descended in a family of portrait artists. He studied in Europe and painted with his father James in New York City. Pine later maintained studios in Chicago, Illinois; St. Louis, Missouri; Manito, Colorado; and, finally, in Asheville, North Carolina. He died in Ogdensburg, New York a year after he finished at least two almost identical portraits of General Robert E. Lee in uniform with colonel insignia. A second portrait dated 1904 is owned by the Pack Memorial Public Library in Asheville, N.C.

Unlike Peale’s 18th century likeness of George Washington, this portrait was not taken from life. Lee did not sit for the painting, and the information within it is documentary—a record of Lee’s appearance in a particular moment in a particular place. Theodore Pine based his portrait on a full-length photograph taken by Julian Vannerson in 1864 in Richmond, VA. Vannerson also took several portrait photographs of Lee in his studio that spring, which he sent to Virginia sculptor Edward Valentine, who was then working in Berlin. These photographs were used by Valentine to create a statue of Lee that was to be sold in Europe to raise funds for the Confederacy. Six years later, Valentine was chosen to design and oversee the creation of the 1875 Recumbent Lee that was installed in the Washington and Lee University Chapel and dedicated in 1883.